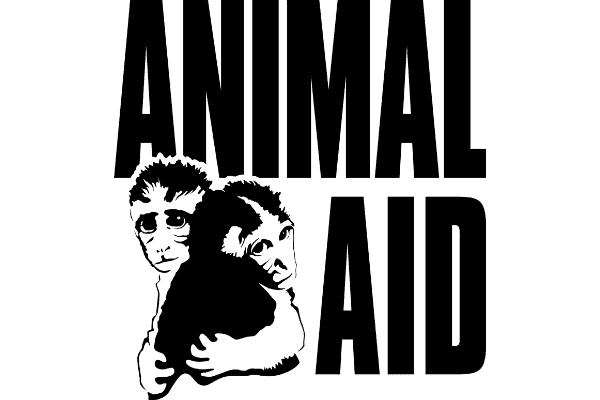 Caution! Charities like Animal Aid do an absolutely fantastic job, (often under heartbreaking situations), so please be very aware that there may be distressing content on their websites, BEFORE you click to their website.

People say that charity begins at home, yet with so many different charities out there, it can be difficult deciding which to donate to. Now, in an ideal world, there would be no need for animal charities at all, but sadly that’s not the case.

Animal charities seem to be becoming rarer and rarer these days, which is why we’re highlighting the amazing work done by one of our heroes, Animal Aid.

All living creatures deserve to be safe, happy, and to live freely.

All living creatures deserve to be safe, happy, and to live freely and without harm.

Animal Aid is a charity that is determined to give these animals precisely that. But who are Animal Aid, what makes them different to some of the other established animal charities, and what do your donations mean? All of that, and plenty more besides, will soon be answered. Here is your ultimate guide to the Animal Aid charity.

Who is Animal Aid?

Animal Aid is one of the largest animal charities in all of the United Kingdom. Founded back in 1977, the charity’s mission is very simple ‘To end animal cruelty once and for all’.

They are a not-for-profit organisation that operates as a limited company and is run entirely by volunteers. Animal Aid is technically not a registered charity. The main reason why they have opted not to register is because of the fact that it could restrict their political campaign efforts, which is vital in their efforts to lobby for significant enhancements in animal protection legislation.

What is their vision?

Animal Aid hopes for a world in which everybody respects the rights of animals and recognize them for the living sentient beings that they are.

Animal Aid is also campaigning for stricter laws regarding animal abuse and exploitation. Ultimately, regardless of species, gender, location, shape, size, creed, or color, Animal Aid wants to create a world in which all living creatures will benefit from the freedom and the basic fundamental right to live without fear.

That is their ultimate vision, which, realistically, they believe will take decades to achieve.

In the here and now however, Animal Aid takes a far more pragmatic approach to animal abuse and exploitation.

Primarily they bring animal exploitation to the forefront of the general public. This in turn helps to raise awareness about animal exploitation and abuse, taking them one step closer to their ultimate vision for a peaceful, cruelty, and exploitation-free world in which animals have the same rights as any other living beings.

What do they do?

Animal Aid is, without question, one of the most established animal rights groups in all the world. They have been going strong for over four decades now.

Not only do they campaign to end animal suffering, but they also take more pragmatic approaches to modern living and call for stricter laws, rules, and regulations when it comes to slaughterhouses and farming.

Animal Aid conduct undercover investigations to expose harsh and sometimes sickening conditions in which animals are often forced to live. These investigations can be conducted anywhere from slaughterhouses to puppy farms.

These investigations put the investigating team at severe personal risk and often cause PTSD.

Many clips obtained from Animal Aid investigations have made the news here in the UK, and have been viewed hundreds of thousands of times, even millions of times, on social media and streaming platforms.

They send out leaflets, conduct extensive political lobbying, they have their own ethical shop, and they even train school speakers and volunteers.

On top of that, they demonstrate delicious vegan and vegetarian recipes in schools and colleges to help get the younger generation on a similar wavelength and to show that vegan food needn’t be bland salad leaves and boiled vegetables.

They even provide lesson plans, worksheets, DVDs, booklets, leaflets, and online articles based upon cruelty-free living so that members of the younger generation can learn what cruelty-free really means.

How about Animal Aid’s vegan incentives?

Lately, the vegan movement has been growing traction at a fairly rapid rate. There are now more vegan options on menus, more vegan ingredients and sections in supermarkets, (and of course here at Cruelty-Free Lifestyle!), and more vegan-friendly products available than ever before.

Whilst Animal Aid can of course not claim sole responsibility for the increase in popularity of veganism, they did certainly play their part.

Animal Aid is firm believers in cruelty-free living, and subsequently they place a strong emphasis on veganism when campaigning.

Their website has an extensive section of vegan recipes and general info regarding veganism to help educate young people on why veganism can be so beneficial.

Going vegan can be big but step if you’re an old fogey like me, but if you do decide it’s for you, you can sleep easy in the knowledge that you’re making a big difference.

Here’s a look at several reasons to consider going vegan:

You’ll help to save lives

Because of people adopting a vegan lifestyle, 30 animals get to lead a happy, cruelty-free life instead of being slaughtered or exploited for human gain.

You’ll save the planet

When you switch on the news you’ll likely hear at least one story talking about the effect that global warming and climate change are having on our planet.

Whilst car emissions and pollution all contribute towards climate change, do you know the number 1 cause of climate change and global warming?

Because of the number of animals being raised for meat, the amount of methane gas they produce is the main reason for climate change.

You’ll rarely hear a politician talking about this though! (I’ll leave it to the more cynical amongst you to work out why)

Not only that, but livestock farming is also responsible for deforestation as trees are cut down to make way for open pastures to raise the cows on just so people can “enjoy” a cheap fast-food hamburger, etc.

According to new research, people following a plant-based diet will likely live roughly 4 years longer than the average human being.

Finally, the last reason to consider going vegan is the fact that you’ll save money. Buying plant-based ingredients is much cheaper than buying meat and animal-derived products.

With all of the money you save, why not make a difference and donate to Animal Aid to help end the suffering of animals once and for all?

﻿Vitamin B12 for vegans