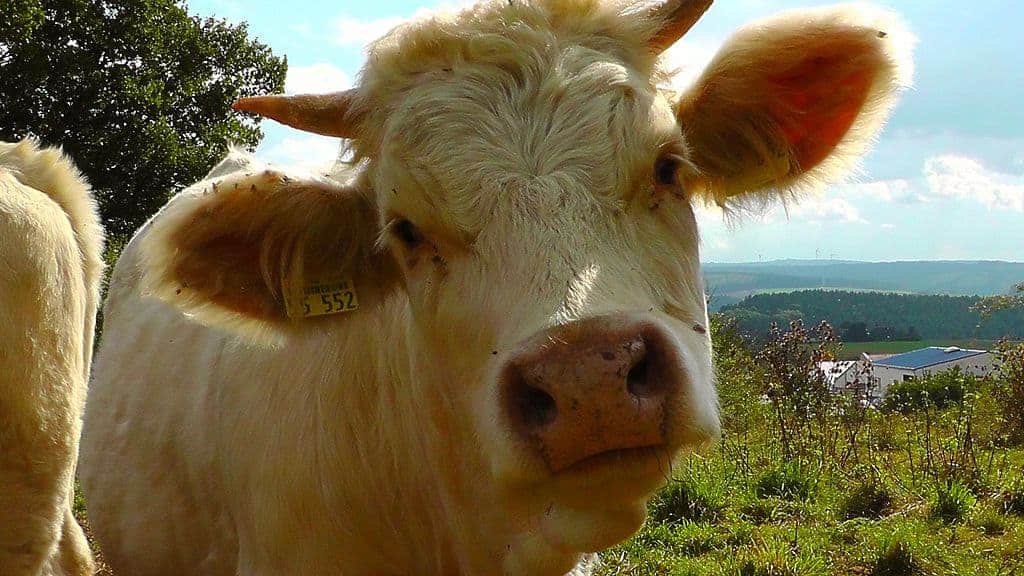 Animal sentience. Seeing animals as sentient beings, or creatures who can feel and express emotions and needs, opens up a giant Pandora box of unresolved ethical issues.

It’s hard to deny that as a species, humans are extremely creative – and sadly, animal cruelty is no exception.

If you think about it, besides obvious issues, such as factory farming or puppy mills, there are literally thousands of examples of bizarre animal exploitation cases.

Just to give you a few daily life examples of animal cruelty:

Officially, plucking live birds such as geese and ducks, is outlawed in many countries – however, it’s still common in many places such as Hungary and China.

If the bird’s skin happens to be ripped in the process, it’s occasionally sewn together on the spot – with very rough stitches and, of course, without any painkillers.

Since feather products, such as pillows and coats, are often imported, it’s virtually impossible to trace down the origin of feather.

But what about the countries where such practices are not permitted?

Well, it turns out plucking feathers from dead birds is not much better, since these animals are often raised in horrible conditions.

Some of them are also used for foie gras, which means they are force-fed via an extremely cruel metal tube until their livers swell.

So would you want to contribute to such industries, even if feather is just a by-product, and even you’re not vegetarian? We doubt it.

Oh, what can be better than going down to see a dolphin show with your kids, and even take a photo or two?

If you get really lucky, you may be able to swim with these cute marine mammals…what’s the harm, right?

Wrong. Very wrong.
First of all, being in captivity in general is very stressful for dolphins, and it reduces their lifespans dramatically. Their pools are often way too small, with little to no environment enrichment, which means these gorgeous animals are deprived of their natural behaviours such as diving.

Very often, the animals in captivity are presented as “rescued”. While it may be true for some, there will always be animals who’ve been captured in the wild and sold to dolphin shows and coastal resorts, and many of these animals die in transit due to horrible conditions.

In fact, it’s very stressful for these gentle animals, and they are often on heavy medications to combat anxiety.

To make it even worse, we’d like to mention that many dolphin species are already facing extinction, so the practices we’ve mentioned only make the overall situation worse.

Look at the ingredient list of anything pink or red that’s in your beauty vanity, or explore your pantry, and you’ll likely spot carmine. If you can’t find the exact word, look for cochineal or E120.

This is because carmine is a widely used natural food colouring – and it’s also a perfect example of why natural doesn’t necessarily equal ethical.

Which is very unfortunate for the said beetles, as in order to obtain carmine, humans immerse them in hot water or expose them to heat (read: fry alive), and then their bodies are dried.

This hideous process is followed by grinding their abdomens and fertilised eggs, which are then baked and filtered to obtain carmine.

Have we mentioned humans’ creativity yet?.. Oh, the horror.

In some places, these are still a popular way of commuting, whereas other areas offer them as tourist attractions.

While it may be OK in the countryside, the urban environment is very scary for horses.

Panicking, anxiety and bolting are quite common in these instances, which is why many drivers choose to implement cruel practices such as beating to keep animals under control.

To top it off, horse carriages are usually available for tourists in any weather, and there may be no access to food, water or shelter before the day is over.

Instead of peacefully grazing, horses are forced to breathe in toxic traffic fumes.

The carriages are not a breeze to drag around either, as they are extremely heavy, especially when loaded at full capacity.

And when an animal can no longer keep up with such conditions, it’s often simply sent to slaughter. Hey, thanks for the ride!

These are just a few examples of widespread cruel practices embedded in our daily living.

Unfortunately, reality is, if any industry uses animals for profit, some form of animal cruelty is very likely to follow.

It’s about time to stop seeing animals as a resource and consider their rights. Yes you read that correctly. Animals do have rights and we will prove it in an upcoming post.

We have a moral obligation to free these sentient beings from suffering and come up with alternative practices, better for ourselves, the animals and the planet.

There are some little things you can start doing right now, such as researching where the items on your weekly shopping list come from and pinpointing those who are likely to exercise animal cruelty.

By showing your support to ethical businesses, you are helping break the vicious circle. Animals do have sentience!

Can I get all my nutrition from a vegan diet?