Home Vegan Food Do I have to be a vegan? 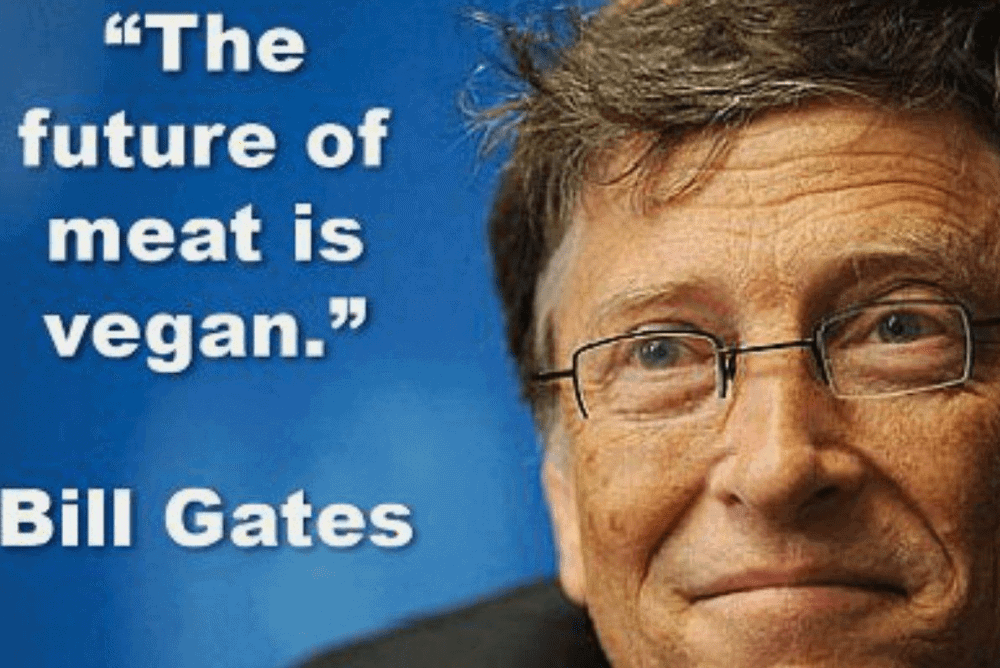 There was a time when veganism was mainly associated with animal rights activists, certain religious beliefs and health fanatics who used to claim strict veganism – and only veganism! – cures all illnesses on the planet.

As time passed, the portrait of a modern vegan changed dramatically.

Although we don’t consider veganism an ultimate cure anymore, we now have evidence that it’s indeed great for your health – and of course, for animals and for our planet.

This precious knowledge is responsible for the fact that veganism is on the rise.

Many influential people, including Ellen Page, Ariana Grande and Alicia Silverstone, have chosen to go vegan for a better future of the Earth and all creatures inhabiting it.

However, here’s a thing – while many people are willing to take a plunge and go vegan permanently, not everyone is quite ready for this decision, for all different reasons, even though the benefits of the plant-based lifestyle are apparent.

Torn apart by this ambiguity, many people have a very difficult question in mind: “Do I have to be a vegan?”

It’s not a simple question indeed, and there is no uniform answer.

On one side, we have all the amazing benefits of veganism, such as improved health, being environmentally conscious and protecting animal rights.

For many people, vegan or not, all these issues are important.

On the contrary, we all come from different cultural backgrounds, and we are entitled to our own beliefs.

While for some going vegan may be a no-brainer, others are constantly seeking for ways to make a difference, but at the same time not willing or not being able to dramatically change their current lifestyles.

And guess what – we are not here to judge!

Any step in the right direction, big or small, makes a difference. In a perfect world, everyone would be able to go vegan overnight – but hey, the world we live in is not exactly perfect.

No, you don’t have to. It’s not an all or nothing kind of thing by any means.

But if you still want to make a difference, we are happy to offer a few important points to consider.

Polarised opinions are not helpful. Some say “being vegan is like being pregnant. you are, or you are not.”

Although it seems about right at a glance, this radical approach is in fact quite problematic.

First of all, excluding people who want to meet the 100% vegan community halfway (or even further) from the movement is just silly. Simply put, someone who mostly consumes meatless meals is much closer to being vegan than to not being vegan.

The second issue with this is that what’s vegan and what’s not is still not yet clearly defined (apart from obvious products such as meat and dairy).

Is honey vegan? Is shaved fur vegan, is the animal is otherwise happy and free-range, and is only shaved in summer when it’s too hot anyway? Being practical and supportive is much better for the entire movement.

There is no point in worrying too much about the foods you can’t eat. This mentality makes you obsess over foods instead of enjoying your meals.

Instead, try to get excited about including a variety of vegan foods in your diet – think vegetables, fruits, grains, nuts, and beans which can all be prepared in endless ways. Yum!

If you feel the need, don’t be afraid to reach out and join a vegan community – no matter if you’re ready to make a full vegan transition or not quite yet. If so, you need to catch up with this amazing person; AKA The Fat Gay Vegan

You don’t even have to participate in hard-core forum battles if you don’t feel like it – there are so many other options out there!

Follow a few Instagram accounts, look out for meet-ups in your local vegan restaurant and join friendly, non-judgemental Facebook groups such as What Fat Vegans Eat, Veganuary, and This Rawsome Vegan Life.

If you need some extra motivation, get educated. Sometimes all we need is a little push to remind us why we’ve started a journey. Browse reputable vegan websites, watch educational movies like Earthlings – and you will likely gather some motivation to continue incorporating more vegan concepts into your daily routine.

Caution: Earthlings is Adults only and contains upsetting content!!

Don’t be too harsh on yourself.

Now, this is, perhaps, the most important point of all. Being vegan or exploring veganism is not about an endless circle of perfectionism, little failures and huge bouts of self-punishment. It;s all about doing the right thing AND enjoying life and better health!

Instead, it’s simply about doing

the best you can!

Be patient with yourself and the others around you; help, don’t judge. After all, kindness and compassion are core values of veganism, and they should be implemented in all areas of life.

Remember – it’s OK if you’re not ready to go vegan. Categorical imperatives – such as “we must never eat meat” and “plant-based individuals are far superior morally” – are not a healthy way to go.

Instead on focusing on these differences, it’s much more productive to consider what we have in common – which is a commitment to reduce the utilisation of animal products.