Home Vegan Food Can I Be Vegan Some Days And Not Other Days? 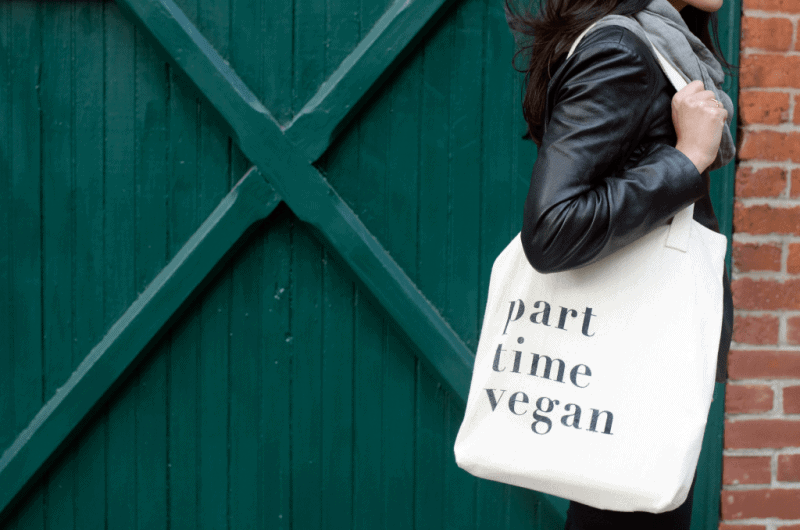 Chapter 10. Can I Be Vegan Some Days And Not Other Days?

While many people are able to make the transition to a vegan diet all at once, for some people it’s more of a challenge.

After all, even though vegan lifestyle offers multiple benefits for animals, the planet and your health, making the shift can get overwhelming very quickly.

Because of these initial difficulties, way too many people drop their intentions halfway through the transitioning journey, which is often accompanied by guilt, frustration and disappointment.

If you feel like the fast transition is not for you, you may find yourself wondering if you can be a vegan some days and not other days.

Ultimately, there is no uniform answer, and it largely depends on your personal goals, ethical considerations and preferences.

In today’s material, we’re going to look into the issue -not always vegan- covering various aspects of it in depth.

For those who are adamant on going vegan eventually, but feel like realistically they won’t be able to transition overnight, a gradual transition may be a great option.

We can’t stress enough that it’s perfectly OK to take some extra time to make the switch – don’t punish yourself for going slowly and let the helpful tips below guide you!

You’ve got this – only 3 days a week of strict veganism is easy!

Before proceeding with this step, make a list of your favourite recipes and spend some time to brainstorm simple vegan-friendly substitutes for those meals.

Can’t live without burritos? Make vegan ones with a variety of beans, lentils and some capsicum.

Burgers are your weakness? Make some delicious vegan veggie patties yourself, or even grab a quick fix from the frozen section of your favourite supermarket.

Time to get creative!

We recommend allowing about 2 weeks for this stage, or until you’re comfortable.

Your vegan cooking is likely spot on by now – it’s a perfect time to increase the number of vegan days a week to 5.

Try some new recipes, find a nice vegan-friendly restaurant nearby, and browse online for some yummy inspiration.

Step 3: Time to take the plunge!

Congratulations – you’ve been “almost vegan” for a month or longer! You deserve a pat on the back and a nice slice of vegan cake!

By this stage, you’re likely ready to become 100% vegan in the nearest future, so take the plunge when you’re ready.

If you need some extra motivation, you can also join an online challenge such as “Pledge to be Vegan for 30 Days” by PETA.

We can’t stress enough that going vegan is not a diet – it’s a lifestyle.

If you’re considering going vegan, it’s very likely at least partially due to your ethical beliefs, such as supporting animal rights or trying to be as environmentally conscious as possible.

And this is where the sad truth comes into play – although we support any strategy to reduce the usage of animal products, only going vegan is powerful enough to make a big difference.

Firstly, even if you don’t eat meat, but still consume dairy and eggs, you are still unwillingly supporting animal cruelty.

Think about egg laying hens cramped into tiny barns and cages, chicken culling (which is killing male chicks after they’re born because they’re useless for the industry) or abundance of cruelty on dairy farms.

Besides, we are growing way too many crops for the cattle at the moment, and the same space could be used to feed millions of starving people worldwide by growing nutritious, affordable plants for human consumption.

If you needed just an extra bit of motivation to go vegan – you likely just got it!

Not always Vegan! Look into Flexitarianism.

If all else fails, you may have to accept that you just can’t sustain a 100% vegan diet at this point of time – this is not to say you shouldn’t try again in the future!

For now, however, a flexitarian diet may be a suitable option for you.

This lifestyle,not always vegan, also known as “semi-vegetarian”, describes people who eat plant-based diets most of the time, but still choose to occasionally consume meat.

This non-radical approach allows you to start making a difference without pushing yourself too hard if you’re not ready for a full transition just yet.

While for some hardcore vegans and perfectionists being “mostly vegan” doesn’t sound like doing much, we feel like it’s very important to be realistic and acknowledge that everyone is different, and we all come from different backgrounds, carrying very different beliefs.

Something is always better than absolutely nothing, and flexitarianism is definitely “something”.

After all, it’s not exactly a tiny step forward considering even one meat-free days a week leads to consumption of one billion fewer animals per year.

It’s also not uncommon for “semi-vegetarians” to revise their meat eating habits by focusing on products of sustainable farming as opposed to factory-farmed meat.

It all adds up, and this lifestyle is still making a difference.

We hope we’ve answered your concerns in the article above!

Remember – you’ll have a much greater chance of succeeding on your journey by going at a pace comfortable for you.

Anything works -even not always vegan from the start- if it means you’ll end up going vegan eventually.