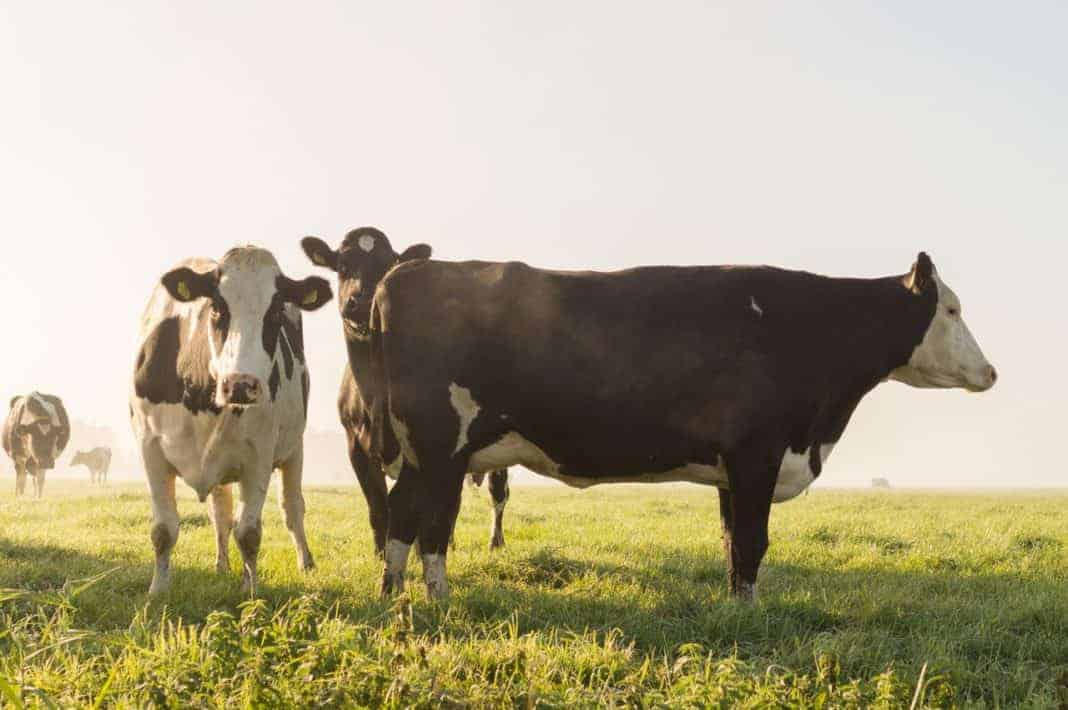 The eye-opening TRUTH about Dairy.

Unnecessary, yet widespread dairy animal cruelty is one of the best examples of how practices can be both horrible and socially acceptable. Milk and milk-based products are staples in the overwhelming majority of modern homes, and have been for many thousands of years.

It does not mean, however, that we should keep supporting dairy industry, for we know too much about its dark side today.

Dairy cows are widely perceived as some kind of human-dependant milking machines, unable to survive outside of farms as they have to be milked by humans or machines twice daily. Very few people consider, however, that it hasn’t always been this way.

Modern cows are the ‘achievements’ of extensive genetic manipulations, producing on average 12 times more milk than they would naturally produce! This puts their bodies under extreme levels of stress, and after 4-5 years dairy cows usually become very ill.

As sick animals don’t generate any profits, they are slaughtered immediately. It doesn’t help that the animals on large scale farms don’t get much veterinary attention, as it’s cheaper to put them down and start again.

Money is the only important factor here, not animal welfare.

Speaking of milk, which is the product dairy industry revolves around, it’s often dismissed that it’s not intended for human use. Here’s the thing: cow’s milk is for the calves – just like breast milk our species use to nurse the infants!

It’s quite disturbing if you really think about it: humans are the only creatures repurposing other species’ milk for own consumption. It’s completely unnecessary, and causes extreme suffering to cows and calves alike, becoming one of the most upsetting implications of dairy animal cruelty.

Did you know that virtually all dairy calves are stolen from their mothers within a few hours of birth in order to maximize profits? This is very distressing for both mothers and babies, and yet, they don’t get to spend any sufficient time together.

The cows undergo another bout of artificial insemination very shortly, as with no calves, there is no milk.

The constant cycle of pregnancy and birth creates too many unwanted calves. A small proportion of ‘lucky’ female calves join the milking herds, while male calves and surplus females are typically slaughtered for veal or cheap beef (the latter is often used to make commercial pet food for cats and dogs). The veal industry would not exist without the dairy industry, so the two support each other, completing the sickening cycle of dairy animal cruelty.

If you don’t want to support these cruel practices, there are many things you can do. Gradually reduce your daily consumption – and you will soon find that eliminating it altogether is not at all hard. There are plenty of dairy free products!

And never fall for the ‘humane myths’

And never fall for the ‘humane myths’

Dairy animal cruelty is real, and no dairy farm is free from it.

Go dairy-free for yourself, the animals and the planet.