Home Vegan Food Social considerations of being a vegan 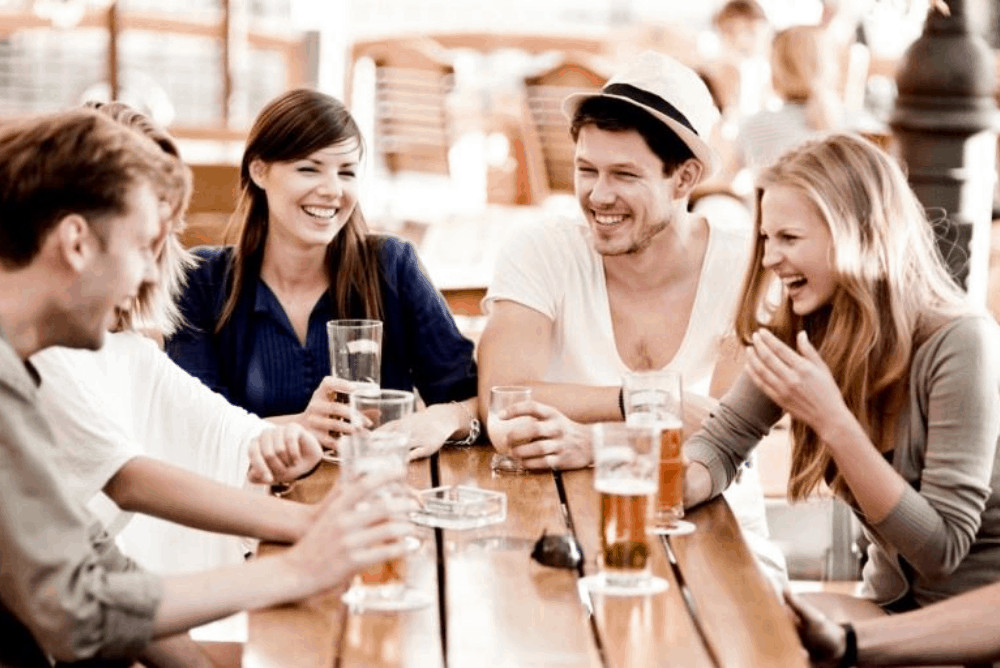 Chapter 8. Social Considerations Of Being A Vegan

Vegan lifestyle is so much more than just a weird diet – and yet, most people away from veganism, assume that the hardest part of the process is giving up something like your Mum’s signature Christmas turkey.

While transitioning to vegan diet may be difficult to some people, it’s not the trickiest part of the journey. Social considerations, on the contrary, are something that people don’t even think about at the start – and yet, this is exactly where the most changes and difficulties occur on the journey to becoming vegan.

There are certain personality traits vegans tend to have compared to non-vegans, including being more universalistic, empathic, and ethically oriented.

So it turns out, vegans do tend to be slightly differently wired compared to non-vegans, which creates grounds for misunderstanding.

Although usually it’s not too bad, one definitely needs to consider the social implications of going vegan in order to make well-weighted, fully informed choices, as well as to have realistic expectations.

In this material, we’ll give you some food for thought, providing a few examples of social considerations of being a vegan.

Other people might judge you when they first meet you.

And guess what – most of them will!

Unfortunately, vegans are often stereotyped as angry, vicious, unreasonable outcasts, and certain pro-vegan organisations (no-no, not naming any names!) only makes it worse, fuelling up the situation with questionable, attention-seeking campaigns.

This means that people who don’t know you may very well assume you’re “one of those”, and even those who know you very well may start questioning your sanity, thanks to the power of negative stereotyping.

Unfortunately, there is no better way to deal with this problem than to only reveal your ethical standpoint when you know someone very well, (preferably only if they specifically ask).

Have you ever heard the joke: “How do you know if someone is vegan?

OH THEY WILL DEFINATELY TELL YOU”!!

Your mission is simple – don’t be one of ‘those’ vegans…

Be a great one!

You may be a lonesome vegan in your social circle

Given that only 1% of the population are vegans, this is actually very likely.

You may not even be able to find a single vegetarian among the people you know, let alone a 100% plant-based buddy.

The best way to fix this is to find some vegan friends.

Join a forum, find a local meeting group or simply head off to a vegan restaurant and chat with the staff (or, if you’re feeling adventurous, other patrons!).

This is not to say you must abandon all your non – vegan friends once and for all!

It’s quite the opposite, actually: by being non-judgemental to other people’s lifestyles and opinions, you’re much more likely to influence others and make the world a better place. Remember: going vegan must not change your attitude towards those surrounding you, otherwise you’re pretty much becoming a bad vegan stereotype yourself.

Prepare to answer tons of questions from non – vegan friends

Some of the questions will be perfectly ok, although even those may become a bit dreadful after answering them 100500 times. Your mission is to take a deep breath, smile…and answer. Calmly.

You’re spreading the word here. Hey – imagine if your words turn this bloke sitting next to you into a vegan!

Unfortunately, some of the questions will be annoying, sarcastic and even hurtful. Raise your hand if you’re a vegan but never got something along the lines of “have you considered this carrot’s feelings?”

Ugh! Make sure you have an equally sophisticated automated reply in mind, such as “It doesn’t bother me, I actually hate plants and want to cause them suffering”.

Bonus points if you make your opponent realise how silly their “joke” was to start with.

Your dating game may change

This is especially relevant if you’re a single vegan, although becoming one in a non-vegan family/relationship may also be complicated.

Think about it: most dates revolve around food, and all dates involve some munching, even if it’s just an ice cream stroll.

“Ice cream, you said? Do they have non-dairy sorbets? Sorry, love, we can’t go”.

First dates will be a problem – picking a venue can easily turn into a passive-aggressive fight. Second dates will likely involve tons of silly questions (see above).

Overall, any eating occasion with a non-vegan will likely be a bit awkward at the start, and some people will even find your lifestyle a major turn off.

In an ideal world, vegans would mostly date vegans. The reality is much trickier, and meeting a vegan you feel like dating is easily said than done.

In fact, finding that special someone you click with is hard enough on its own, nutritional considerations aside!

Stay tuned. This is something we are looking at if there is demand.

So, you either dedicate your life to finding a vegan partner…or you try to accommodate, reasonably. A useful thing to remember is that your non-vegan date is accommodating, too! So be considerate and non-judgemental. Who knows, maybe they’ll follow you one day.

People may start introducing you as “a vegan”

Weird, but true. Any label put on a person is bad enough, being that “a knitting enthusiast” or “a skydiver”, as we are all complex beings, not defined by a single thing.

However, being introduced as “a vegan” is generally more awkward than anything else, and you need to brace yourself and be prepared. It may all of a sudden feel like veganism is the only interesting thing about you for other people, but hey – you know it’s not true!

But be aware – a “vegan” label is one of the hardest ones to shake off.
In summary, don’t be a bad vegan stereotype – and you’ll be just fine.

Eventually, both you and your social circle, not only your vegan friends, will get used to the fact you’re vegan now, and a large part of the initial awkwardness will be gone.

Remember, there are a lot more new vegans than new meat-eaters!