Home Vegan Food Watch Out For The Vegan Police 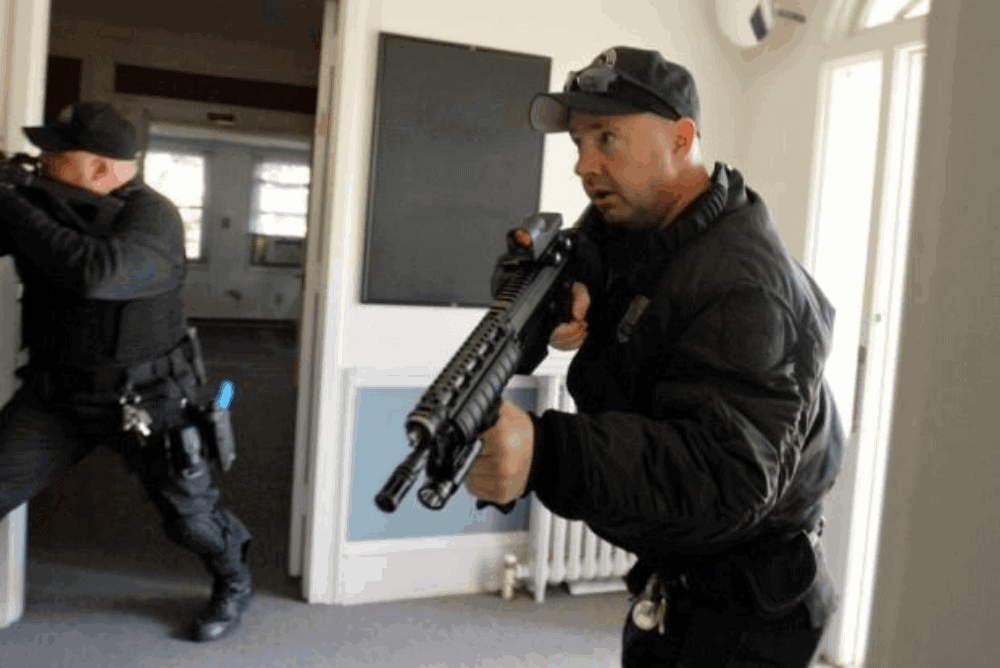 Chapter 9. Watch Out For The Vegan Police!

They say “there is no such thing as a stupid question”, but the vegan police have to disagree.

Be a vegan for long enough – and you’ll become a walking encyclopaedia of human stupidity.

You will be very likely to hear every single silly unreasonable question/comment/quip about the vegan lifestyle, from non-vegans and amazingly vegans themselves!

You will soon learn to come up with your own Hilarious reply to every single one!

If you’re only just building your response collection you may benefit from a little bit of help.

This is exactly why we’re here today!

Get ready vegan police, we’ve got your stupid enquiries covered.

If their intentions are good, try not to be even remotely rude and sarcastic and answer their questions with patience and in detail – even if you’ve answered this one thousand times before!

Maybe – just maybe – after getting some food for thought, the person will at the very least consume less meat, or even consider going vegan. Don’t lose an easy opportunity to make the world better!

In saying that, here is, from vegan police, a list of some horrible questions and well-weighted answers to them. Enjoy and use this list to your advantage!

Aren’t the plants in pain, too?

No. They aren’t. They don’t have a nervous system, which is mandatory to feel pain.

Of course, plants do respond to external stimuli (e.g. they will grow towards the light, or vines will “climb” the surfaces), but they are still wired very differently to us, and underlying mechanisms of such reactions is entirely different, too.

You must be so weak; you’re hardly getting any protein.

You’re wrong, mister (or missus – whatever). Have you ever seen an elephant, a bull or a horse? They are all pretty strong to say the least, and guess what – they’re getting all their protein from plants. And so do we.

You’ve just told a slaughterer to murder a poor defenceless cow! How could you? You really need to have a word with yourself and look at the bigger picture. Anyway, you’ve just taken two paracetamol that are tested on animals by law.

You’re breaking the circle of life! Lions need to eat meat, and so do humans.

Will you ever stop comparing yourself to obligate carnivores, buddy? While it is very true that lions require meat for survival, we are built very differently.

From our teeth to our digestive system, our body is built in a very clever way – that is, we are kind of the best of both worlds, and we can get all the required nutrients from both meat and plants.

But if we have a choice (and also a very sophisticated brain to think about ethical implications of our choices), why wouldn’t we make a cruelty free one?

You’re not all that environmentally friendly – you eat soy, and soy farming is bad for rainforests.

Nice excuse to talk about farming, actually! Did you know that the majority of crops you’re talking about are grown for livestock consumption, not for humans?

Also, not all vegans eat soy to start with – it tastes funny to some people. Given the infinite alternatives available, soy is not a vegan staple – we can take it or leave it.

I only buy sustainable, organic meat – quit your silly veganism and start doing so too.

See, my friend, no matter if a cow had enough room to graze and run around – if it was slaughtered for meat, it was still killed prematurely and horribly.

There is no humane way to kill – this is just absurd.

Also, to raise those “happy” free range animals, much more land is needed – and we already have a massive problem here. Is there a point in continuing?

Some Religions say animals are here for human use.

They say many things but the interpretation can be argued both ways. Let’s be very clear. All religions require ALL animals to be treated with respect at ALL times. To not honour that command in it’s true spirit is likely to be disrespectful to said religion.

Er, have you heard of democracy and freedom of speech?

You’re likely anaemic, we need meat to get enough iron.

Mmm…nope. It is true that getting enough iron requires some extra planning for vegans as plant-based sources contain less absorbable forms compared to meat, but it’s not difficult at all.

You can learn what you need to do in under 2 minutes. Also, fortified foods and supplements are a thing these days!

Hitler was a vegetarian.

And your point is? Grow up!

Where did you get this from? Caring about animals and about humans are not mutually exclusive – in fact, those go hand in hand.

Some animals are meant to be food, they are different from pets, such is life.

There is no creature more significant than the other – at least us vegans think so.

But the animals wouldn’t even be here without us!

Or maybe, they would actually be much better off running around and enjoying the aforementioned circle of life without the industrial evolution, pollution, global warming and other perks of sharing the planet with humans. It’s really hard to tell what would it be like – why don’t we focus on present instead?

My religion obliges me to eat animals.

Other people grew up eating meat, too, but they still made up their own minds. You can still respect your culture and go vegan – no culture actually pushes you to eat meat, ok?

Hope you enjoyed our vegan police FAQ, and had some fun using it. I bet you can come up with better ones!

Going Vegan: Where Can I Get Help And Advice