Is this really the worlds best burger?

In general, it’s not very difficult to be a cruelty-free foodie, as these days there are so many plant-based recipes available. Even going out for a meal is not much of a problem anymore – in fact, many carnivores prefer vegan venues, as they offer amazing, surprising twists for many otherwise bland and boring dishes. Unfortunately, there are some culinary heights cruelty-free cuisine is yet to conquer. Until recently, burgers (as well as many other meat substitutes, really) were among those. But now many experts believe that the worlds best burger is vegan.

Of course, you could get veggie patties and such, but if you still remember the succulent taste of a good-quality meat burger, you’ll probably agree that most vegan options out there sadly don’t compare. And while going cruelty-free is definitely worth sacrifices we make, if there is a chance to have your cake (or burger) and eat it too, the inventors out there will take it.

This is exactly how the Impossible Burger was born (aka the worlds best burger!). Concerned about environmental issues large-scale animal farming generates, the Impossible Burger team, lead by Stanford University biologist and physician Patrick Brown, began an exciting quest of creating something that looks, tastes and feels like meat, but doesn’t cost the Earth. 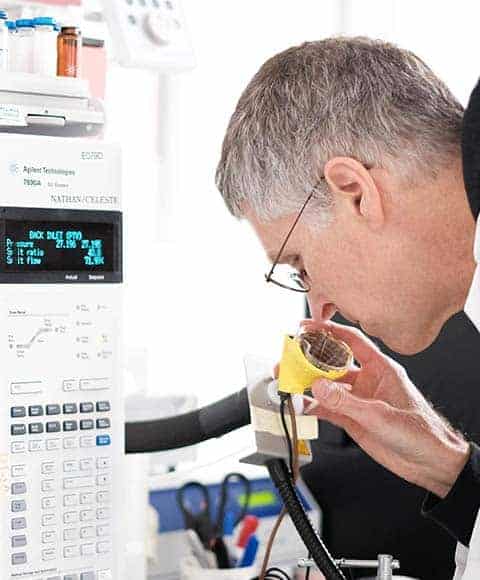 The start-up behind the amazing goal was heavily supported – the project has raised $182 million in equity since it’s launch in 2012. And five years of extensive research clearly were not wasted. Many of those who’ve tried the heavenly dish already agree that it’s easily the worlds best burger!

Apparently, making the eco-friendly burger is not a very complicated process, and while the exact recipe is obviously kept secret, Brown states that the ingredients can be easily found in any local supermarket. The real advancement of this particular recipe, is the use of very specific proteins with the exact properties. This allows to deliver proper organoleptic experience, resembling meat patties perfectly.

“Today we rely on cows to turn plants into meat. There has to be a better way”.

The burgers are available at New York restaurant Momofuku Nishi, and of course we had to go ahead and try the creation to see for ourselves what the worlds best burger is really like. The venue choice for the Impossible Burger may seem a bit odd to start with, but it all makes sense once you find out that Momofuku Nishi chef David Chang is one of the most innovative professionals in America, so he can be trusted. The burger definitely stands out in the menu, which mainly lists traditional Asian dishes. We got a bit confused, but finally found what we were after under “buns & noodles”.

Burgers are served in a fairly standard manner, with a side of fries and a side of tomato sauce. The soft, fluffy bun is potato-based, and the patty is topped with salad (we spotted lettuce, pickles and tomatoes). There are two options for cheese – regular and vegan, guess which one we went with! You can also go for a cheese-free version, of course. The patty is also generously slathered with some kind of “special sauce”, but you can leave it out if you want.

But let’s get to what we’re here for: the patty! Wow. Just wow, no words needed. They did not lie – it’s completely indistinguishable from cow flesh – at least as we remember it. Perfectly cooked, brown on the outside and slightly pink inside. Absolutely delicious, to the point where we seriously started to suspect that someone is just fooling us, tricking vegans into eating real meat.

“I’m not swapping to vegetarian but damn was I surprised!”

– The words of a die hard meat eater!

The only difference you’ll likely notice is that there is no “greasy” feeling after eating the Impossible Burger, as it doesn’t have all those animal fats that create a very recognisable “oily” aftertaste. But isn’t it a healthy, positive change anyway?

So, is this really the worlds best burger?

Well, we haven’t tried them all just yet, but we still have a pretty strong feeling that the answer is yes!