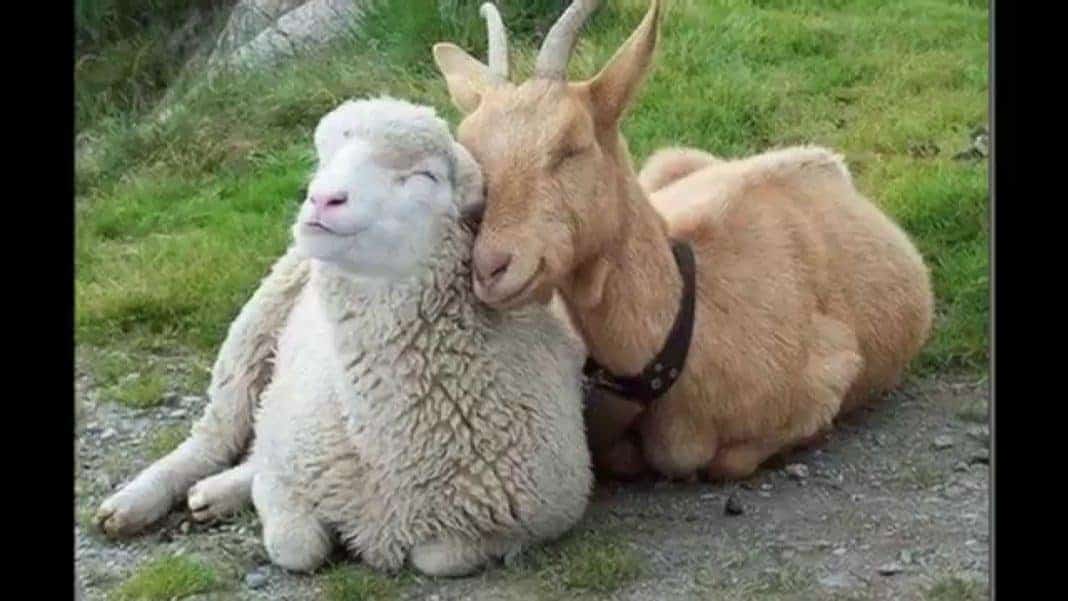 If you’ve just started researching animal rights-related materials, you’ve probably come across a certain term a lot, and this term is “ animal sentience ”.

Unfortunately, although it’s used quite often, the concept and its importance aren’t always explained quite well.

This is why we’ve decided to explore the concept in a bit more depth today to help you make well-informed decisions when it comes to your ethical standpoint.

Although this is meant to be an educational article I want to give you my personal opinion of animal sentience. This issue is the ‘Elephant in the room’ and it comes from the University of the bleedin’ obvious!

You will no doubt hear the classic, “Plants have feelings too” argument, used by people who need to justify animal cruelty (usually propagated by the meat industry!).

It’s very important to read this material if you’re concerned about the ethical treatment of animals, as the information you’re about to receive will show you the way, as well as the roots of many ethical issues we are experiencing today.
So sit back, pour yourself a cup of tea, and enjoy the journey into the basics of animal rights.

First of all, it’s important to understand a broader concept before we tie it to animal rights.

According to Oxford Dictionaries, being sentient means being “Able to perceive or feel things”. So, of course, humans are very much sentient beings, but what about animals?

There is a very well established definition for animal sentience.

A sentient animal is “capable of being aware of its surroundings, its relationships with other animals and humans, and of sensations in its own body, including pain, hunger, heat or cold.”

In other words, a sentient animal is “a being who has interests; that is, a being who prefers, desires, or wants.”

Just like humans, other sentient beings, including but not limited to all mammals and birds, avoid suffering and seek happy, positive experiences.

The foremost interpretation of this concept, agreed by an international group of eminent neuroscientists, signed The Cambridge Declaration on Consciousness in 2012, which confirms that animals have the “neurological substrates that generate consciousness.”

Why is it important to consider animal sentience?

The thing is, if you’re here, you’re probably considering it already, as something brought you here to find out more about animal ethics and cruel modern practices such as factory farming and testing of cosmetic products on animals.

For many years, in many cultures, animals were considered as some kind of beings supplementary to humans, and their perceived worth was proportional to how exploitable are certain species for people.

Today, some people retain this approach, and if they truly believe it, unfortunately very little can be done to make them change their minds.

However, if you’re here, you are already different, as something is telling you that it’s “not right” to perceive living, breathing beings as resources.

Let’s start with a story!

Like it or not, if you think about the people you know, every one of them has their own agenda in life, which may or may not be different from yours.

You are probably very aware of this and know that you can’t morally justify treating other humans differently because their interests don’t match yours.

Well…there you have it!

By accepting that animals are sentient beings (which is pretty much a scientifically proven fact – see above), you are also acknowledging that:
These beings have interests.
Their interests may be very different from yours.

So why would you treat a creature with some kind of mind (which means this creature can experience frustration or satisfaction) like it’s a resource?

The only answer, which is not necessarily convincing, is “we’ve been doing it for a long time.”

Well, maybe, it is time to stop!

Just because animals are not capable of verbally reporting their feelings, it doesn’t matter such feelings are not present.

In fact, science says quite the opposite: the scientific resources available today confirm that many animals have “rich and deep emotional lives”.

This means that pleasurable emotions, as well as stress and fear, are very important to consider.

For instance, have you noticed that animals love to play?

Young calves prance about and kick objects just for fun, happy chickens flap their wings and dogs wiggle their tails when given a treat.

Just like humans, animals also enjoy their food, tactile and sexual interactions, and basic comforts such as relaxing in shade on a hot day.

Unfortunately, in modern reality millions of animals are denied these basic experiences on a daily basis, let alone more sophisticated ones.

For them, it’s like spending their entire life in a concentration camp – it’s not life, it’s survival full of suffering and pain, both physical and emotional.

Sentient animals enjoy social interactions and often showcase complex social structures and interactive behaviors within their own kind and between species.

Denying these social bonds to animals leads to horrible distress and emotional suffering.

For instance, separating newborn calves from their mothers is a very traumatic experience for both mothers and babies – they cry for each other and remain very stressed for many days after the separation happens.

Don’t believe me? Live next to a dairy farm. It’s pitiful to hear the mother’s constant cries for days on end.

Animals deserve to be treated better

Unfortunately, the cruel practices mentioned above, are widespread and poorly regulated by governmental bodies, (for reasons which become obvious when you research the subject).

We believe it’s time for a change – and we sincerely hope you’re ready to join the movement, especially now that you know why you were having those suspicious feelings towards animal cruelty.

To finish off with a quote:

Animals “are far more aware and intelligent than we ever imagined and, despite having been bred as domestic slaves, they are individual beings in their own right.

As such, they deserve our respect.

Do I have to be a vegan?