Update! We are currently updating some of our links. This will allow us to give an even better shopping experience.
Skip to content 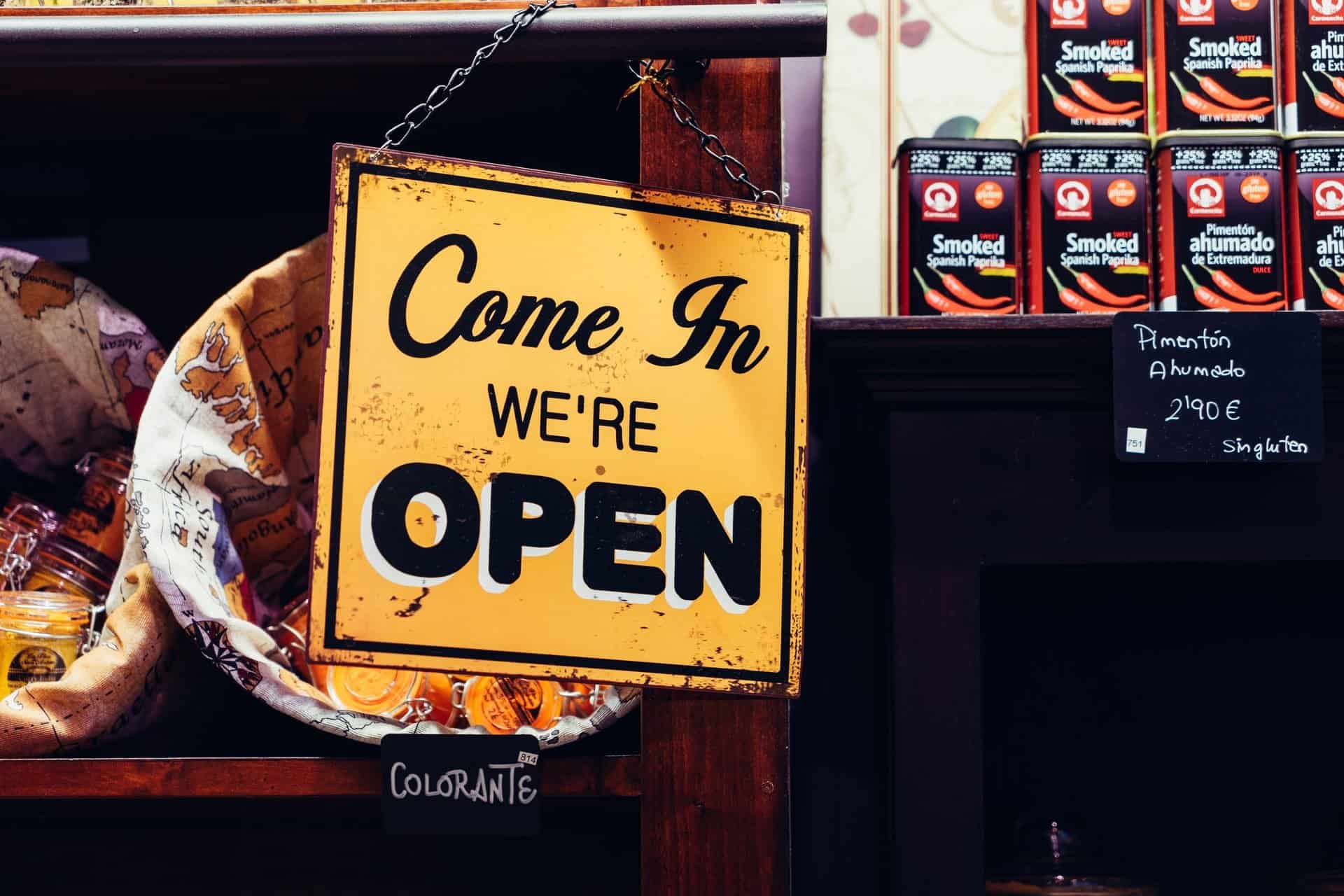 Which Is The Best Vegan Supermarket?

Is it one of the big supermarket chains?

We take a deep dive into who we think is the best supermarket for vegans – and why.

With over 620,000 people trying Veganuary in 2022, the explosive rise of veganism in the UK is clearly a trend that’s set to continue.

In the past, being a vegetarian or vegan made shopping and eating out really difficult, with limited ranges and most suitable specialist foods being bland or very expensive, or both!

Today, we vegans are spoilt for choice, with supermarkets and restaurants from independent to mainstream doing all they can to cater for plant based diets, from dedicated own-brand vegan ranges and plant based menus to stocking foods from leading vegan producers.

Despite this amazing progress, those that want to follow a plant based diet may still face challenges when shopping such as high prices, limited stock, and extra time spent scrutinising ingredient labels.

To help ensure your next vegan shopping experience is as stress-free as possible, our latest blog post takes a look at the best vegan supermarkets in the UK.

Where do Vegans Shop UK?

Previously limited to health shops and other specialist retailers, shopping as a vegan in the past was expensive and offered a limited choice.

Now, vegans can walk into almost any supermarket or food outlet in the UK and should find at least a small range of items that are suitable for them.

With mainstream supermarkets now offering dedicated ranges, vegans are able to get most of their shopping at high-street supermarkets.

Another popular option is ordering online, either from a traditional supermarket or a dedicated vegan supermarket.

Which UK Supermarket is Best for Vegans?

If you decide to do your shopping in supermarkets, you will find a varied amount of vegan products available at the 5 biggest stores in the UK (Tesco, Aldi, Sainsburys, Asda, Morrisons).

As the largest supermarket in the UK, it’s perhaps no surprise that Tesco was one of the early adopters of plant-based foods, being the first to launch a fully plant based range in partnership with Wicked Kitchen in 2018.

As well as their Wicked Kitchen range which was brought to the supermarket by Derek Sarno, the supermarket’s own Director of Plant Based Innovation, Tesco also has their own ‘Plant Chef’ range which offers lower priced plant based meals.

In terms of their online presence, a search for ‘vegan’ on Tesco’s online shop currently returns 389 results ranging from groceries and ready meals to hygiene and cleaning products.

Throughout Veganuary 2022, Tesco launched its largest ever vegan meal deal, allowing shoppers to pick up a main for two, a side and a dessert for just £8. This contributed to sales of their plant based range more than doubling during the month.

Furthermore, in 2021, it was announced that Tesco would be closing the meat, fish and deli counters at 317 stores due to low demand for the products.

Given this trend and the commercial value to the business, it is hard to envision a future where Tesco does not continue to increase the number of plant-based foods that are available in its stores.

Does Tesco Have a Vegan Section?

Yes, most Tesco stores (depending on the size) have a dedicated vegan and vegetarian section which includes products from a range of well know suppliers such as Quorn and Linda McCartney as well as their own Wicked and Plant Chef ranges.

Budget retailer Aldi has become one of the UK’s most popular supermarkets thanks to its commitment to low prices on a huge range of products.

Because the majority of the vegan food available at Aldi is own brand (including their dedicated ‘Plant Menu’ range), Aldi arguably offers the best value on vegan food out of the major supermarkets.

On their online shop, Aldi has 95 products that are listed as vegan, as well as having a dedicated category for their vegan range and a selection of vegan friendly recipes.

Yes, Aldi is a vegan friendly supermarket with several products that are suitable for those following a plant based diet. Shoppers can expect to find a wide range of products in their stores at a lower cost than other leading supermarkets.

Sainsburys is the second largest supermarket in the UK by market share, with over 1,400 stores across the country.

The supermarket made a notable shift to eating better in 2021 by changing their motto from “Live Well for Less” to “Helping Everyone Eat Better” which comes after it was revealed that only 25% of people in the UK eat five pieces of fruit and veg per day!

On their online shop, Sainsbury’s has 859 products that are listed as vegan, note that this includes ‘accidentally vegan’ products as well as those that are specifically catering to a plant based diet.

Asda has over 600 locations in the UK and is the third biggest supermarket in the country by market share percentage.

In 2021, Asda was named Vegan Retailer of the Year in the 2021 Quality Food Awards for their own brand products and the launch of the ‘vegan ambient aisles’.

On Asda’s online shop, you will find 1941 products for the search term ‘vegan’. Note that similar to Sainsburys, this also includes accidently vegan products.

With over 500 stores, Morrisons is the fourth biggest supermarket in the UK by market share and is also one of the oldest supermarkets in the country, first opening in 1899.

Compared with the other popular supermarkets, Morrisons has been slower to offer more options for vegans, with a historically smaller range of products available.

However, for Veganuary 2022, Morrisons launched their own vegan range called ‘Plant Revolution’ which was developed by the supermarket’s chefs following customer feedback.

There are currently 856 products listed as vegan on their online shop, 48 of these are part of the own brand Plant Revolution range.

Best Vegan Supermarket Near Me

Generally, you can expect to find larger vegan ranges at the bigger stores such as Tesco Extra. On the other hand, ranges available at convenience locations such as Tesco Express are limited to essential groceries such as milk, spreads and food on the go.

All major supermarkets have a ‘store locator’ feature available online which provides the location of nearby stores based on your location.

Beyond supermarkets, greengrocers and health food shops are great places to pick up vegan food and you’ll also find plenty of great produce from independent vendors at markets.

Of course, for those following a completely based diet, much of the stock found in supermarkets is not suitable for them which can contribute to a stressful shopping experience.

2021 was a great year for vegan food with a number of new products being launched throughout Veganuary and the rest of the year. Just a few of the highlights from supermarkets across the UK included:

As you can see, the major supermarkets are expanding their vegan ranges at a rapid rate to keep up with the demand that they are seeing.

We are delighted to see the growing range of vegan products that are now available in supermarkets across the UK and hope this trend continues.

At Vegan Supermarket UK, we offer a huge range of products including food and drink, household items, beauty products, clothing and so much more.

The key thing to remember about us, is we only sell vegan AND cruelty free products.

For instance, we won’t sell vegan perfume that has been tested on animals.

This website uses cookies to improve your experience while you navigate through the website. Out of these, the cookies that are categorized as necessary are stored on your browser as they are essential for the working of basic functionalities of the website. We also use third-party cookies that help us analyze and understand how you use this website. These cookies will be stored in your browser only with your consent. You also have the option to opt-out of these cookies. But opting out of some of these cookies may affect your browsing experience.
Necessary Always Enabled
Necessary cookies are absolutely essential for the website to function properly. These cookies ensure basic functionalities and security features of the website, anonymously.
Functional
Functional cookies help to perform certain functionalities like sharing the content of the website on social media platforms, collect feedbacks, and other third-party features.
Performance
Performance cookies are used to understand and analyze the key performance indexes of the website which helps in delivering a better user experience for the visitors.
Analytics
Analytical cookies are used to understand how visitors interact with the website. These cookies help provide information on metrics the number of visitors, bounce rate, traffic source, etc.
Advertisement
Advertisement cookies are used to provide visitors with relevant ads and marketing campaigns. These cookies track visitors across websites and collect information to provide customized ads.
Others
Other uncategorized cookies are those that are being analyzed and have not been classified into a category as yet.
SAVE & ACCEPT