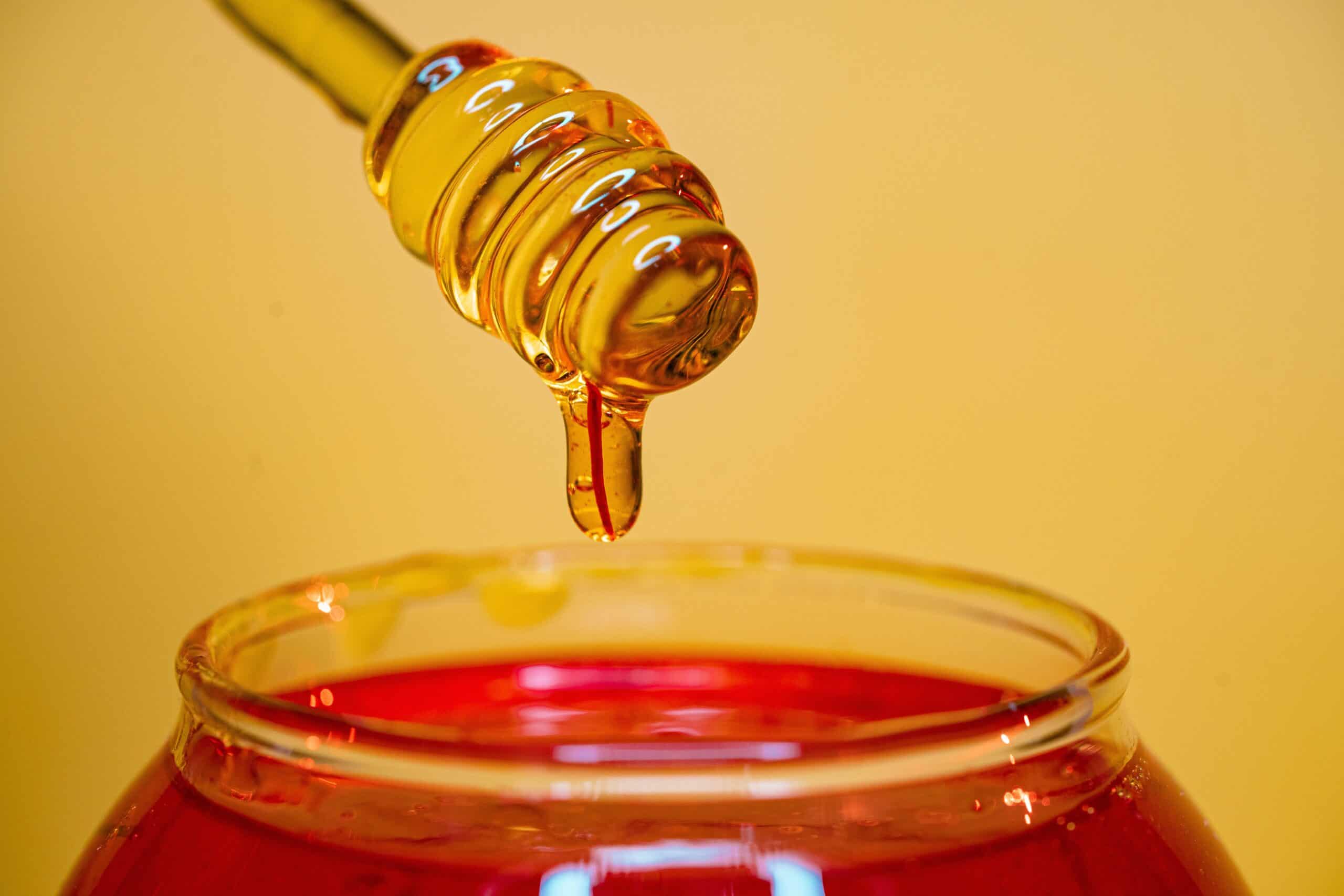 Photo by Benyamin Bohlouli on Unsplash
Contents hide
1. NO! Vegans Don’t Eat Honey.
2. Why Is Honey Not on a Vegan Diet?
3. Is It OK to Eat Honey as a Vegan?
4. Percentage of Vegans Who Eat Honey
5. Is Honey Cruelty Free?
6. Is Manuka Honey Vegan?
7. Can I Call Myself a Vegan If I Eat Honey?
8. Best Vegan Honey
9. Can Vegans Eat Avocado?
10. Shop a Full Range of Vegan Products
10.1. Sharing helps animals!

With more and more people becoming conscious about the impact their diet has on the planet and on animals, veganism has seen a surge in popularity.

Beyond the obvious foods like meat, fish, eggs and milk, some people aren’t sure of some whether animal by-products can be eaten as part of a vegan diet.

Can a vegan eat honey? is perhaps one of the most common questions for new vegans. Read on to find out more! in this regard, with people unaware if can vegans consume honey as part of their diet.

There has also been debate about whether products such as avocados which rely on bees for cultivation are in fact vegan due to the migratory beekeeping involved.

Keep reading to find out why vegans abstain from honey, the exploitation and cruelty that is often involved in the production of honey and the best vegan honey substitutes.

Why Is Honey Not on a Vegan Diet?

So let’s take a closer look…

The Vegan Society’s definition of veganism is that “In dietary terms it denotes the practice of dispensing with all products derived wholly or partly from animals.”

In practice, this means that a vegan would not eat any foods or use any products that contain ingredients that come from or are made by an animal including meat and fish, leather, fur, eggs and honey.

Is It OK to Eat Honey as a Vegan?

Whilst eating honey may not be considered the same as eating a direct animal product such as meat or fish, it would not be vegan to eat honey because it’s produced by an animal.

But it doesn’t stop there.

The reason why vegans abstain from eating honey is not just because it’s derived from animals, but also because the commercial production of honey involves cruelty to bees.

Percentage of Vegans Who Eat Honey

As there have been no surveys from reputable sources which ask those following a vegan diet whether or not they eat honey, it is difficult to say what percentage of people following a predominately vegan diet choose to include honey.

There is still an ongoing debate about whether people that eat honey would still be considered vegan and whilst in theory the answer would be no, the fact that its still a hot topic suggests that there is still some confusion amongst vegans and non-vegans.

We know what you’re thinking…

Bees create honey naturally, so what’s the harm in taking it?

At first, it can be difficult to imagine how exactly bees would be harmed in the production of honey.

Whilst it is true that bees create honey as part of their natural lifecycle, they rely on this honey as a food source to live and thrive within their hives and so taking it is harmful to the colony.

Honey provides bees with a source of energy and nutrients which keep them fed during the winter months.

But is it really that bad?

As well as taking their much needed honey, the practice of commercial beekeeping also includes many methods which many would consider cruel, these include:

Here’s what the Vegan Society says about honey…

Manuka honey is a product that raises even more questions for new vegans as it is made from a nectar derived from the manuka bush.

However, Manuka honey is still created by bees and therefore would not be considered vegan.

In addition, other products created by bees such as royal jelly and beeswax which are often used in candles, creams and other beauty products would not be considered vegan.

Fortunately, there are many vegan alternatives to honey and other products.

These include candles made from soy and beauty products that use natural and cruelty free ingredients which also ensure no animal testing is carried out in their production.

Can I Call Myself a Vegan If I Eat Honey?

Under the accepted definition of veganism, somebody that consumed honey would not be considered vegan; this is because honey is an animal product.

Despite this, some would argue that eating a fully vegan diet with the exception of honey is still significantly better for animals and the planet compared to being an omnivore.

But the bottom line is this:

Whilst honey certainly isn’t vegan, there are so many alternatives to honey now available. This means that there’s really no reason you can’t get your sweet fix without harming the bees that are absolutely vital for food production our planet.

If you are looking for a vegan honey alternative, you’re in the right place. As people look to reduce the use of animal products in their diets and lifestyles, several alternatives have become available with many using products and ingredients such as:

If you’re looking for a product that’s designed to taste exactly like honey, brands are now creating specially created alternatives to honey made from combinations of ingredients like sugar, apple juice, molasses and flowers.

Within our range, we have vegan substitutes for honey including the popular vegan ‘honea’ from Plant Based Artisan and coconut nectar which is produced by Cocofina and can be used exactly like traditional honey. The popular British quiz show QI (Quite Interesting) sparked a debate around whether certain fruits such as avocados are vegan when a question asked contestants if a list of foods (including avocados) were vegan.

Contestants were shocked when the presenter claimed that all the foods listed including almonds, avocados, kiwi, melon and butternut squash were not vegan for “the same reason as honey”.

The explanation given was that these crops are difficult to cultivate naturally and therefore rely on the use of bees which are transported long distances, this unnatural use of animals is the reason why they would not be considered vegan.

Whilst there is a certain logic behind the statement, many vegan groups were quick to dismiss it, with The Vegan Society stating that many forms of farming involve indirect harm to animals and that vegans avoid using animals as far as is possible and practicable.

What’s more, unlike honey, bees do not produce avocados, melons and other fruits that they help pollinate nor rely on them as a food source and therefore, they are not considered to be animal products.

So, if you’re worried about bees or other animals being exploited in the production of your foods, the best way to reduce harm is to shop locally, use in season ingredients and promote the vegan movement to help more people live a cruelty free life.

We hope that this post has helped you understand why honey is not classed as vegan and opened your eyes to the amazing alternatives that are available.

If you are vegan or interested in eating more plant based foods, our vegan supermarket has everything you need to live a cruelty free lifestyle whilst also reducing your impact on the environment.

Honey is just one of the many products within our extensive range which includes household items, food and drink, cupboard fillers, beauty products and so much more!

Order now and get delivery straight to your home! 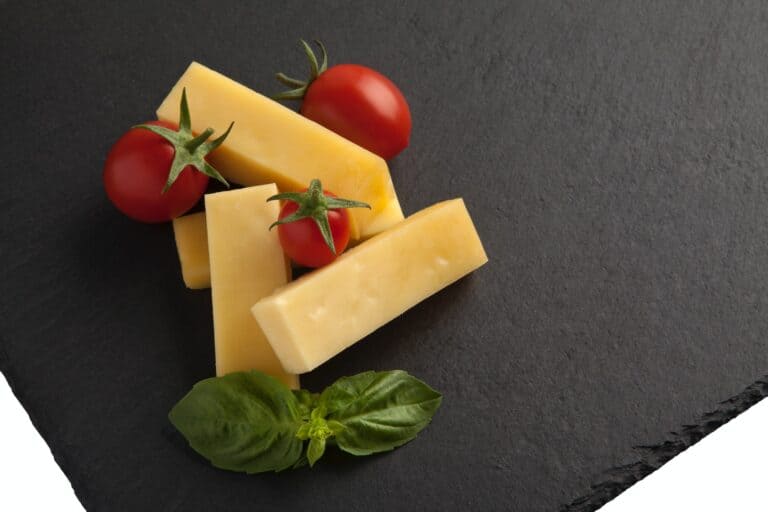 Cheese is an enjoyable food. It is considered by some to be a part of any healthy diet, as it is a source of proteins, fats as well as many other vitamins such as vitamin A and B-12 alongside salts such as zinc and phosphorus which are essential for the body. It is one of… 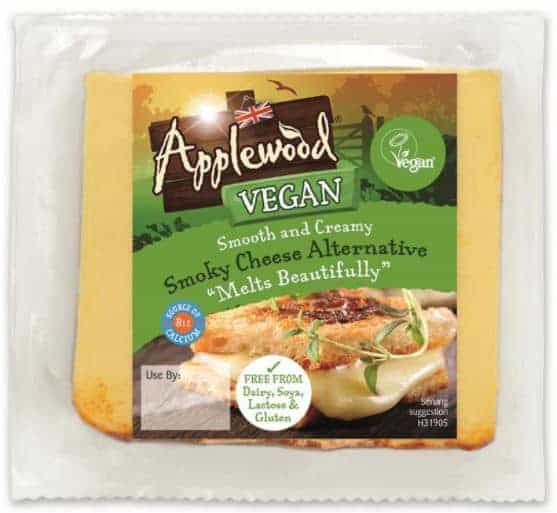 Is this the tastiest vegan cheese? When it comes to cheese, the wizards at Applewood are certainly the experts, having been making delicious cheese since 1965. Their dedicated cooks and nutritionists have been extra-busy for 2 years and have now crafted a range of truly scrumptious vegan cheeses for us to enjoy. With all the… 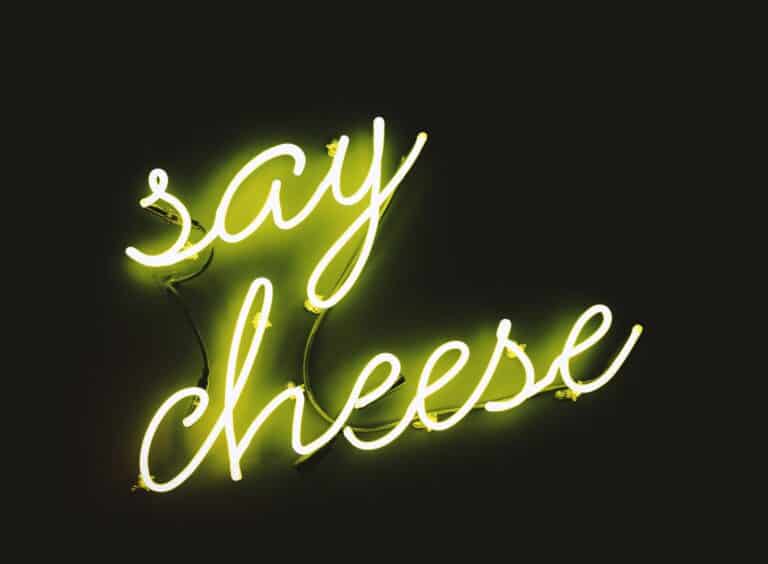 Here is what you need to know about vegan cheese making kits. If you want to keep an eye on what’s in your food and experience some amazing flavours, then why not make your own vegan cheese! Of course, not everyone knows exactly how to make vegan cheese, so you might need some help. That’s… 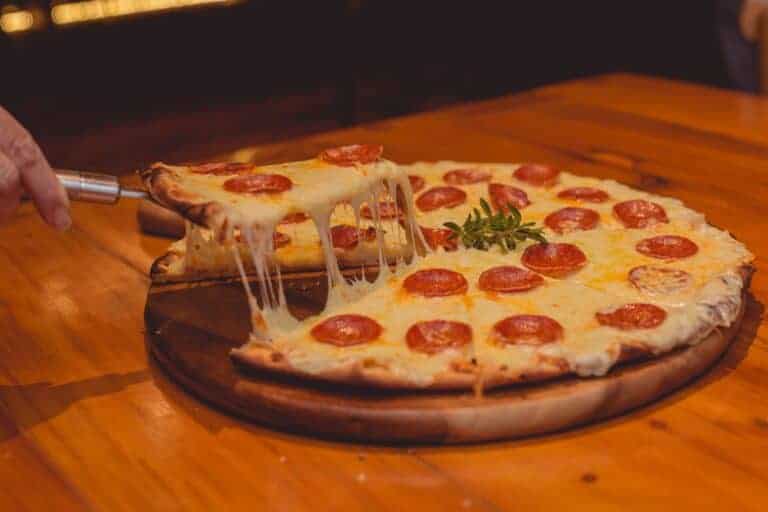 And what does it taste like? So what is vegan cheese made of? For those that are veterans of a plant based diet, the phrase will likely conjure up an image of unnaturally yellow slices or blocks of flavourless substance that belong as far away as possible from a plate of food. However, as veganism… 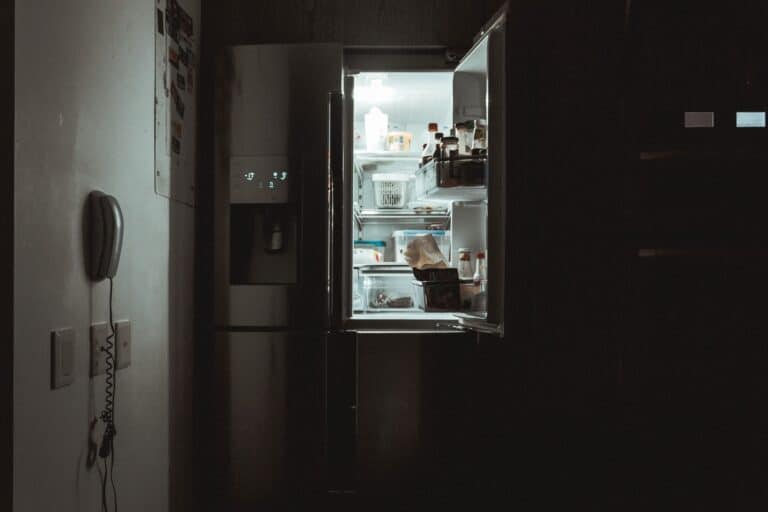 You’re probably wondering… Can you freeze vegan cheese? Well, you do want to make sure that it’s always available and none of it ever goes to waste! When vegan cheeses first came on the scene, they had a reputation for being nothing like the “real thing”. Nowadays, there is a huge range of high-quality vegan… 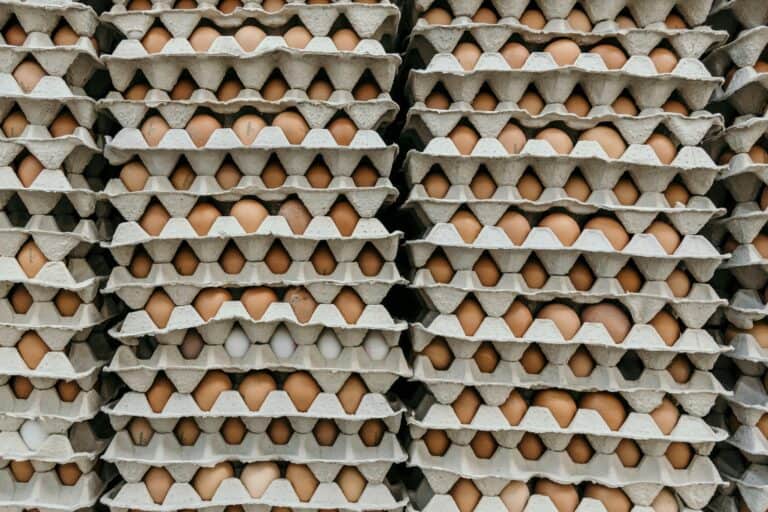 NO! A Vegan Doesn’t Eat Eggs. Fundamentally, a vegan diet is one made up of plants, this means you won’t find vegans eating animal products such as dairy, meat or eggs or using by-products like fur and hide. As well as being an animal product, eggs often come from farmed chickens which have short and…

We use cookies on our website to give you the most relevant experience by remembering your preferences and repeat visits. By clicking “Accept All”, you consent to the use of ALL the cookies. However, you may visit "Cookie Settings" to provide a controlled consent.
Cookie SettingsAccept All
Manage consent

This website uses cookies to improve your experience while you navigate through the website. Out of these, the cookies that are categorized as necessary are stored on your browser as they are essential for the working of basic functionalities of the website. We also use third-party cookies that help us analyze and understand how you use this website. These cookies will be stored in your browser only with your consent. You also have the option to opt-out of these cookies. But opting out of some of these cookies may affect your browsing experience.
Necessary Always Enabled
Necessary cookies are absolutely essential for the website to function properly. These cookies ensure basic functionalities and security features of the website, anonymously.
Functional
Functional cookies help to perform certain functionalities like sharing the content of the website on social media platforms, collect feedbacks, and other third-party features.
Performance
Performance cookies are used to understand and analyze the key performance indexes of the website which helps in delivering a better user experience for the visitors.
Analytics
Analytical cookies are used to understand how visitors interact with the website. These cookies help provide information on metrics the number of visitors, bounce rate, traffic source, etc.
Advertisement
Advertisement cookies are used to provide visitors with relevant ads and marketing campaigns. These cookies track visitors across websites and collect information to provide customized ads.
Others
Other uncategorized cookies are those that are being analyzed and have not been classified into a category as yet.
SAVE & ACCEPT